Just take a look at 10 average job postings and you will see many ‘wanted’ qualities listed. Skills we need to be happy and valuable in society go beyond what we currently learn at school: we need fantastic teamplayers, entrepreneurial attitudes, creative thinkers and doers, fast-paced flexibility, interpersonal sensitivity and cross-cultural awareness in today’s global society – just to name a few. Humans are more complex and have more talent and value than what we currently measure in standardized tests.

Let’s look at a couple of examples from standardized tests that my cousin and several of my friends children were confronted with. 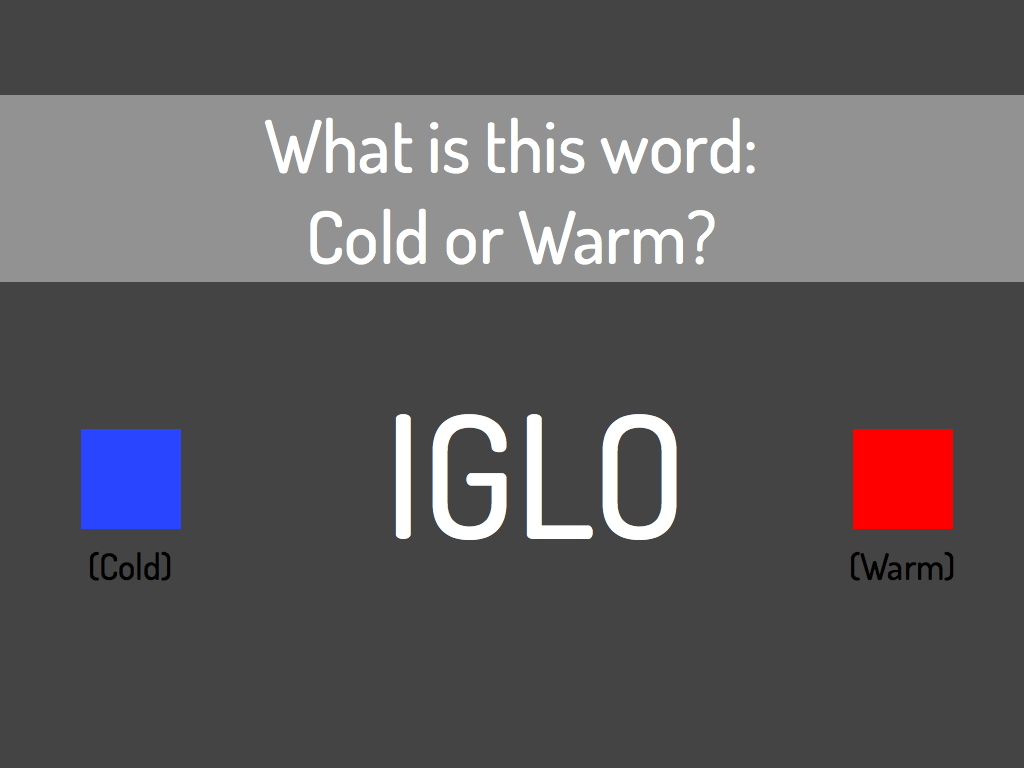 The right answer according to CITO is Blue – Cold. But Casper, my cousin, told his mother: “An eskimo builds an iglo because it’s cold outside, but inside it’s relatively warm. That’s why I picked red”. 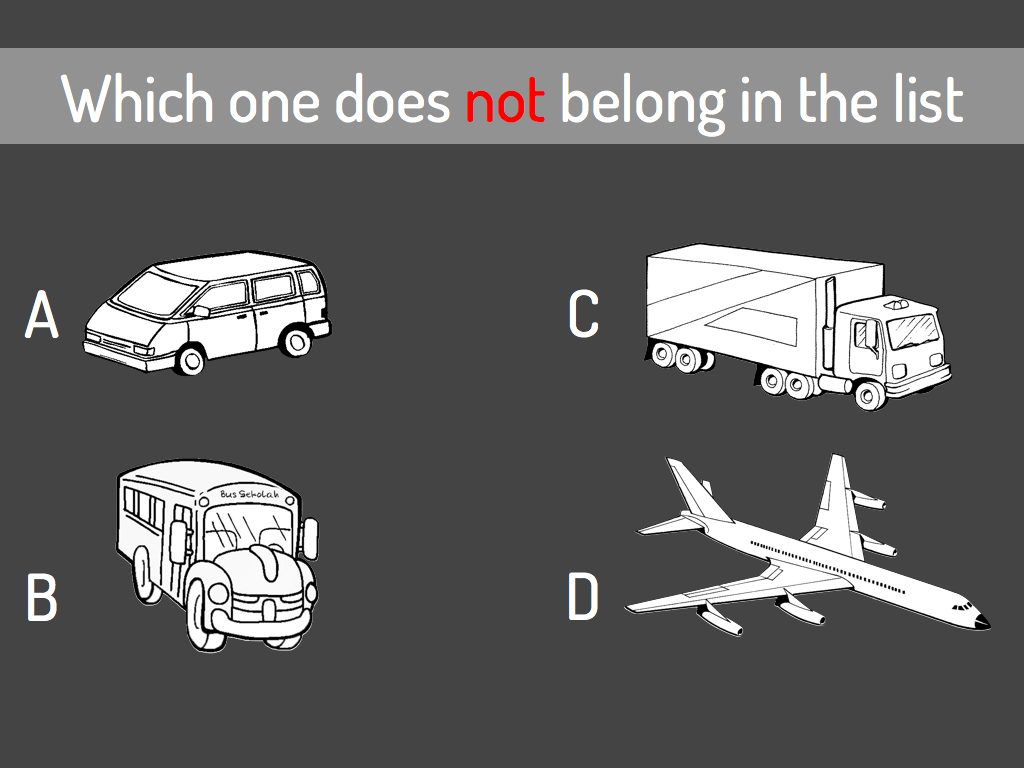 The right answer according to the test is D, the airplane. But the child of a friend of mine said C (truck): “because it’s the only mode of transport which was not intended to transport passengers”.

Two weeks later, a colleague of mine sent an almost similar one from her child. In Dutch, it says:

Which word does not belong here? 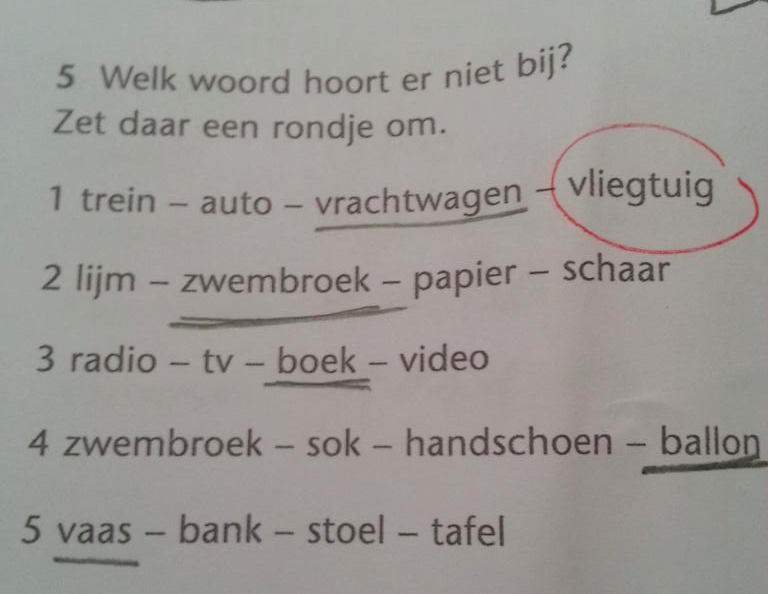 Her 8 year old child answered ‘truck’: “it’s the only one which you can’t use to go on holiday.”

In each case, the child gave the ‘wrong’ answer – while everybody can only acknowledge that his or her answer is ‘also good’, even much smarter than what the test sought to be assessing. However, the system tells them they are wrong and are not supposed to think this way. And worse: give them a low score which may even cause smart children to get to the wrong level of education.

After the TED talk, some people suggested that the children should be able to find a suitable reasoning for each answer…

Standardized tests (including IQ tests) only assess a very limited set of skills or qualities. To put it bluntly, they mostly assess your ability to take standardized tests and to give the answer that is expected by the testing authority. They rarely assess your deeper understanding of the subject, or your ability to use the insights for reflection on what this would mean for the future.

Another set of very interesting examples were given by Tanya Khovanova in this blog post, where she described the array of potential answers for the Mensa (IQ) test:

[box] This test is similar to continuing a sequence. How would you continue the sequence 1,2,3,4,5,6,7,8,9? The online database of integer sequences has 1479 different sequences containing this pattern. The next number might be:

[box] She also describes another sequence: What is the odd object out in this list?

The standard answer is supposed to be hen, as it is the only bird. But that is not the only possible correct answer. For example, pig is the only one whose meat is not kosher. And, look, sheep has five letters while the rest have three. In the comments on her blog post, contributors have been indicating a ‘right’ answer for every word in the sequence. Worthwhile reading![/box]

In the end of her post, Tanya writes: “it bugs me that I might not have been creative enough to fail their test”…

With our society putting more and more emphasis on standardized tests (because a high score brings you to a higher level on the status ladder), many children now spend a lot of time rehearsing tests. Valuable time which could also be spent on developing skills which may be much more useful in later life.

Do you have more crazy and funny examples of standardized tests? Please share them underneath in the comments!

10 thoughts on “The problem with standardized tests”